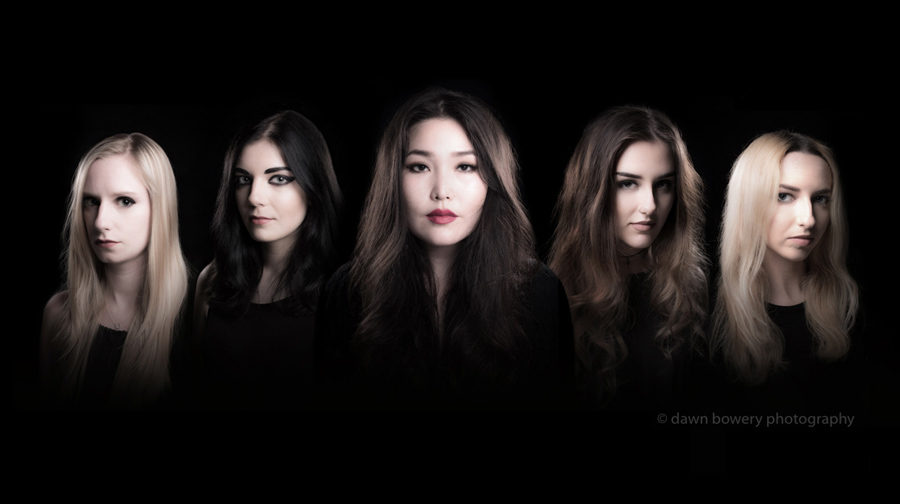 International girl rock band Dorja commissioned me for their los angeles rock band creative portrait shoot during their visit to Hollywood.  This trip to LA was the first time they had met and were in town to record their debut album. They were very clear on their vision and wanted portraits that were not the usual girl band cliche but instead something rich, dark, moody and mysterious.

We only had one evening in my laurel canyon studio to create all the portraits – the groups and the individuals. I used my grids for the individuals and the beauty dish for the group shots. For the featured image I photographed each girl separately then combined them together in post to create one group shot featuring Aime the singer at the centre with the others each side of her at a slight angle. Each girl was photographed at a variety of different angles so that in post I had the flexibility of layout which allowed me to alter the position of each person if required.

We all had such fun experimenting with different ideas and “looks” and I’m so proud to see the results on their website.